＜Serial Reporting Chapter 3＞ Darkness shrouded inside the arson attack against a residence of Shinzo Abe, a former Prime Minister of Japan

Born in Ehime prefecture, on August 1959. Majored a Japanese history course at Hosei Graduate School but dropped out during master degree. For over two and half years, worked as an editorial staff at a small editorial production company and became a freelance journalist at age 29. Since January 1991, while be a full time staff reporter at Shukan Taishu, a weekly tabloid, contributed a number of scandal scoops mainly for Uwasano-Shinso, Zaikai-Tenbo and other magazines.
Published books: “AMWAY Nobody writes about” (Apple publishing company), “ Silver Bank a Case of records of tapping by Takefuji Ltd.,” (Sou publishing company), “ Undercover reportage into Fukushima Daiichi A truth of highly contaminated sites and nuclear workers”(Futaba publishing company).
On December 2nd, 2003, his articles drove a then chairman of Takefuji ltd., Mr. Yasuo Takei who was one of the leading world’s billionaires, into a jail.
In July 2005, someone set a fire on his house. In that evening, he was sued for defamation over the article claiming that the perpetrator of the arson attack was alleged to the cause of the trouble over Tamio Araki, a chairman of Pashikon, a world’s famous construction consulting company. However, he won the case.
His online independent media, “Access Journal” was introduced as a paid online site which reports the backside of backsides of the news by “Media Times” at a colum of Asahi Newspaper. As a pioneer on online media industry, he has made comments to the interview by NHK broadcaster at a broadcasting program called “News Watch 9” under the title of “ demerit of the deceasing information paper. 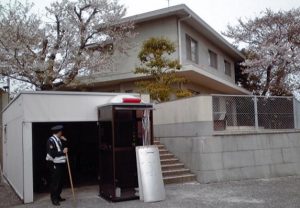 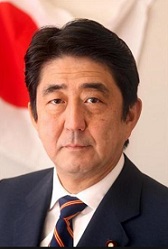 At the first serial article, I have described about the summary of the arson attack against Shinzo Abe, a former Prime Minister of Japan, at his residence in Shimonoseki city, Yamagaguchi prefecture, grounded for the verdict paper of the court. At a second article following, I introduced the testimonies of Mr. A, who was a then reporter at a local newspaper in the city.
Meanwhile, the lawmakers at the house of Parilament in Nagatacho, Tokyo have been speculating over the cause of the fire accident triggered by North Korea affiliated agencies or something, given that Shinzo Abe was simultaneously committing very hard solely to tacking down the abductees problem infringed with North Korea. However, the truth was that he requested a local anti-social force to sabotage the mayoral election campaign with an eye to have his political opponent fail. The administration office of Abe in the city, signed a “letter of confirmation”-for a deal on the assignment but they did not keep their words. Saichi Koyama, a receiver of the request testified to Access Journal that he had committed himself for throwing petrol bombs in order to urge Abe pursue his promises in a corporation with a head of “Kudo-kai”, a clan of the special designated Yakuza groups.
Following after these serial articles, at the third serial version, here I would like to report on what I have witnesses in person, together with Yu Terasawa, my journalist colleague, the bizarre and puzzling attitude of Nobuyuki Saeki, who was a then secretary of Shinzo Abe office in the city (later, he became a city council member and today, he is retired) when we visited at his house for direct hit coverage.
As I have addressed at the first article ( of this series), there confirmed such phrases out of the verdict papers at the court. (In some parts, I omitted. Regarding the date, the editorial room at Access Journal inserted after)

“ Koyama Saichi, a defender, who was suffering financially from procuring his capital to manage his own construction company Keiyu Kaihatsu, received 3 million yen, after requesting Nobuyuki Saeki, a then local secretary of Shinzo Abe, a member of the cabinet with whom Koyama had a relationship for long time, to reward him monetary claiming that he had contributed to the failure of Takaaki Koga, a candidate for mayor seat during election campaign in Shimonoseki city in 1999. Koga was an opponent candidate against Liberal Democratic Party where Abe seated in. (Omitted) Koyama, a defender, he was arrested for blackmailing against Saeki but was pardoned for release out of the prison on September 21rd”

“ Koyama, a defender, on the later October, 1999, said, that he met Takano, another defender (=a head of Kudo clan) and he told him that, he was trapped by a secretary of Shinzo Abe, a lawmaker”

As it is said, Saeki is a key person of this incident.
In fact, Saeki appeared himself just once at an article of the tabloid.

“Abe Scandal crushed by Kyodo News Agency” ( “Shukan Gendai”, Issue of December, 2006)-its headline started like this, it reads that Saeki answered that he paid 3 million yen to expel Koyama as Koyama visited his house and bothered him every day in a request of 5 million payment in an exchange with purchase of a painting. 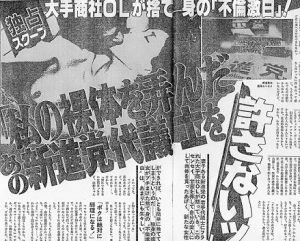 I wonder why Saeki just paid 3 million yen money to Koyama though he was doing nothing!?Even more that Saeki during this interview, admitted that he said to Koyama “ Such a person tainted with such a scandal like this does not deserve running for the mayor” after showing Koyama, the leaflets of scandal’s article of Koga about his love affair with woman which were distributed across the city during mayoral campaign in a means of electoral sabotage（ See the photo above: October 5th, 1995, “ASAHI TO GEINO”）and Koyama replied “Yes, indeed you are right”. (Though Saeki denied the allegation that Koyama was ordered by him to distribute these handbills)

Here it is below, I reproduced what I have witnessed during the conversation with Saeki through direct hit coverage( August 9th, 2014). 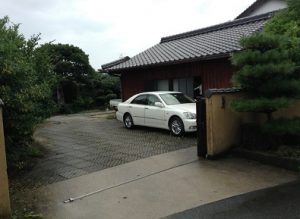 ――Hello, I am Yamaoka, a writer from Tokyo. I would like to meet Mr. Saeki who was working as a city council member in the city.

Spouse of Saeki：Would you please wait a bit?

―― I saw Koyama was released for pardon out of the prison. … Could I come in? (Entrance of the house)

Saeki: No, you cannot. Where you belong to? You come from any company?
――I am running Access Journal

Saeki: Are you a full time employee there?

—I am a self-employee.

Saeki: Yesterday, I heard about your from Mr. Takeda (OB of Yamaguchi prefectural police and a responsible person for the office of Shinzo Abe in the city, whom I would cover for 4th serial article. In a previous day, I was interviewing Mr. Takeda for the first time). No Comment to you.

Saeki: No, no. You are not allowed to come in.

――You have a responsibility to answer to my question.

Saeki: You do not deserve telling me what to do.

Saeki: You are wrong. Go Home!

――You told me to leave?? If you said to me so, I would write whatever I want to do!

Saeki: Yes, you can.

――Please calm down. I have one thing I really need to ask you. Koyama was not released out of the prison.

Saeki: You are telling lie to me.

―― It is not lie. I said it based on my own investigation.

Saeki: Where is he now?? Where is unleashed?

―― In fact, I do not know where he is …therefore I am looking for him.

Saeki: He is still in the prison.

―― Really? He is still in the prison?

―― Are you sure for 100％? I heard that he was out of the prison this March. It was a resource from the police.

Saeki: You are wrong. You need to check it out more carefully.

Saeki: What you are talking about?

―― I mean, you have an access to the information through your connection?

Saeki: I believe what I heard.

―― I heard about it too?so I am believing what I heard.

Saeki: I am telling you that I do not need to meet you. Go home! I will call for police!

―― I am not afraid of police. You can call them.

Saeki: You should not visit a stranger’s house!

Saeki: GO HOME! I will call for Police! 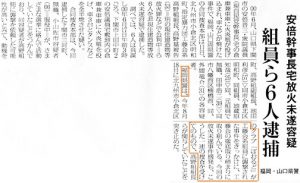 ――Please call for police. (To his wife shivering next to Saeki)—- Please excuse me. I am sorry for the sudden visit….. dear Madam, I will give you my business card and you can throw it away if you do not want it.

Spouse of Saeki: I do not know what to do. I will ask my husband if I am allowed to receive it or not.

Just as I reproduced the scene for my first contact with him, his behavior was bizarre. Saeki was also serving for a father of Shizo Abe, Shintarou Abe who was a former Minister of Foreign Affair and he even called a former Prime Minister Abe for his nickname “Shin-chan”, that tells that he has been long-term cherished secretary for him. After his secretary position, he gained a power in the local region as he was elected as a city council member. He believed that he could kick out the reporter being holier-than-thou attitude as a powerful man, but it did not work at all to the Tokyo-based reporter.

Koyama was arrested for the allegation of blackmail, after Saeki paid him 3 million yen. Given the fact that Koyama was made a deal over the monetary reward after his assignment for mayoral election sabotage and received 3 million yen as a part of the entire benefits, it does make sense about Koyama was offended claiming that he was trapped by the secretary of Shinzo Abe.

Additionally, the local newspaper reporter whom I have covered for the second serial article last time, said, Koyama answered to the interview that he was released by the police a few hours after he mentioned about the case of the mayoral sabotage, when he was arrested for blackmail. (Based on the memorandum. For the case of blackmail, the police dropped a charge against him).

In short, if Saeki is confident for his innocence, he should have replied to my questions boldly and denied firmly. His attitude, sparked the strong suspicion whether he was really involved in it or not.